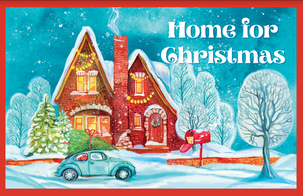 Frosty the Snowman
A SIMPLE PROMISE FOR THE FUTURE
November 27 - December 3
“Look, I am coming soon! My reward is with me, and I will give to each person
according to what they have done.  I am the Alpha and the Omega,
the First and the Last, the Beginning and the End.” Revelation 22:12-13

“A shoot will come up from the stump of Jesse; from his roots a Branch will bear fruit.” Isaiah 11:1

Advent is a season where we look at the first coming of Christ, but we also look ahead
to Christ’s second coming.  In Frosty the Snowman, Frosty promises the kids that he
will back again someday. We live in the promise God will make all things new someday.
Elf
THE SIMPLE ACT OF SINGING

December 4 - December 10
“Suddenly a great company of the heavenly hosts appeared with the
angel, praising God and saying, ‘Glory to God in the highest heaven,
and on earth peace to those on whom his favour rests.’" Luke 2:13-14

“When they had seen him, they spread the word concerning what had
been told them about this child, and all who heard it were amazed
at what the shepherds said to them.” Luke 2:17-18

The news of the Saviour's birth is proclaimed by a great company
of heavenly hosts to lowly shepherds.  Buddy the Elf spread Christmas
cheer to a busy New York City. Living with Jesus in our hearts, we can
share the good news with those around us.
The Grinch Whole Stole Christmas
THE SIMPLE ACT OF LOVE
December 11 - December 17
“This is how God showed his love among us: He sent his one and
only Son into the world that we might live through him. This is love:
not that we loved God, but that he loved us and sent his Son
as an atoning sacrifice for our sins.” 1 John 4:9-10

The Grinch’s small heart is sized up after seeing the love of the Whos despite
their village being pillaged. The Grinch is transformed - from the inside out!
From the beginning, God promised his people a Saviour. This promise comes
to earth in the birth of Christ and shows us the loving heart of God!
We are transformed from the inside out when we repent and turn to Christ.
The Muppet Christmas Carol
THE SIMPLE JOYFUL WAITING
December 18 - December 24
“She never left the Temple but worshiped night and day,
fasting and praying. Coming up to them at that very moment,
she gave thanks to God and spoke about the child to all
who looking forward to the redemption of Jerusalem.” Luke 2:37-38

Bob Cratchit and the workers for Ebenezer Scrooge are eagerly anticipating
Christmas, a time to be joyful for the little they have. Anna the prophetess
waited her whole life for the promised Messiah. Upon finally meeting him,
she was filled with joy and thanksgiving. We too live in a time of waiting for
Christ to return. While we wait, we proclaim this good news to all who will hear it.
click here for podcasts 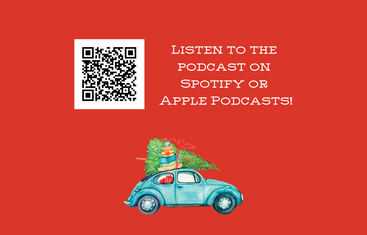